If you want, you can send details about your upcoming scientific event by filling out the form on our Scientific events web site www.arpharm-e4ethics.org.

“The Future of Patient-Centered Oncology Care in Bulgaria” Round Table

A round table conference on “The Future of Patient-Centered Oncology Care in Bulgaria” was held on October 14, 2016 at the National Assembly of the Republic of Bulgaria. Comparator Report on Patient Access to Cancer Medicines in Europe 2016was presented for the first time in Bulgaria by one of its authors – Dr. Nils Wilking from Karolinska Institute, based in Stockholm. The discussion was attended by leading experts in the field of oncology, representatives of institutions and patient organizations.

The participants agreed that the treatment of oncological diseases is at a turning point with treatments providing better outcomes for the individual patient and at macro-level, for society as a whole. Advancements in both the cutting-edge science and the treatment outcomes are changing the profile of cancer from life-threatening to chronic disease, transforming cancer care and most importantly increasing the proportion of cancer survivors.

Nowadays, two out of three patients diagnosed with cancer survive at least five years and the number of those who go back to work after the diagnosis has risen by 75%. The advent of new technologies, new drug therapies and better diagnostic methods are the reasons for this improvement and they help millions of patients in Europe live longer and have a better quality of life.

Bulgaria is part of this process. According to data presented for the period 2000-2007, our country has the lowest survival rate for patients with oncology diseases among the countries in Europe. This is largely due to the centralized model of organizing the oncology care in Bulgaria, based on the command-administrative approach to financing of medical institutions and supply of medicinal products, which hampers access to medical care and drug therapy, which had been into force until 2011.

Access to treatment of patients with malignant diseases after 2011 was significantly improved, as evidenced by the increased number of patients whose treatment is paid by the NHIF. In 2012 17,500 patients received their drugs through pharmacies, while in 2015 this number was 22,000. In 2012 24,000 patients have received their treatment through hospitals, and in 2015 this number was 34,000. The number of patients that receive treatment through clinical pathways, paid by the NHIF is also increasing – they were more than 38,000 in 2015.

According to data provided by the National Statistical Institute of Bulgaria as well as the other countries surveyed, new cases of malignant diseases are increasing - from nearly 330 per 100, 000 in 2000 to 442 per 100,000 in 2014, or 33% for 14-year-period. The total number of registered patients with cancer in the country increases about two times faster – from nearly 2,400 per 100,000 population in 2000 to 3,868 per 100,000 population in 2014, or 61% for 14-year period. Thanks to the achievements of modern medicine, cancer patients in Bulgaria today live longer than in 2000, which determines the increase in the total number of registered patients with malignancies.

The development of science and increase in length of life of patients with cancer create challenges in terms of funding of oncology care, because of which in the EU there are major differences in patients' access to medical care and new cancer drugs. These challenges are greater for Eastern and Southern Europe, including Bulgaria, where the costs of the countries are at a level of about one third of those of Western Europe. This pattern is changing, but at a slow pace.

The efforts of the health institutions and industry are focused on the need of overcoming  inequalities in access to oncology care between Bulgaria and other European countries, providing access to new technologies, introduction of flexible payment mechanisms and decentralized solutions to ensure the sustainability of the health system.

Adequate allocation of public resources for cancer care is achievable through an integrated approach to treatment in which every step of the therapeutic algorithm is part of an individual treatment plan for each patient that is implemented and controlled in stages. It is necessary to be introduced also mechanisms for monitoring of treatment outcomes, relying on qualitative data as a starting point for improving the cycle of oncology care for each patient.

The participants in the discussion urged the institutions, academic community, medical and professional societies, patient organizations and the pharmaceutical industry to unite to improve oncology care in Bulgaria with a focus on the patient and to achieve better treatment outcomes. 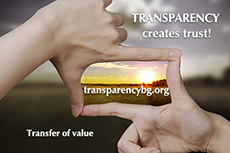 Members of the Association